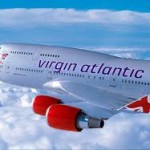 The article addresses the theoretical aspects of the concepts of employee motivation, leadership, and organisational culture and it also includes critical analysis of Virgin Atlantic based on the aspects of theory.

Moreover, motivation in organisations can be divided into three different perspectives: need-based, process-based and learning-based. Need-based perspective on motivation is central to the idea that “humans are primarily motivated by deficiencies in one or more important needs or need categories” (Griffin and Moorhead, 2011, p.93).

Abraham Maslow’s Hierarchy of Needs is the most basic and the most popular theoretical frameworks related to need-based perspective on motivation. According to the theory human needs can be classified into several layers and an individuals’ most immediate needs have to be satisfied in order to upper layer needs to be used as motivational factors (Maslow, 1943).

Theoretical framework of Hierarchy of Needs is effectively utilised by Virgin Atlantic in order to motivate its workforce at all levels depending on the nature of their immediate needs. Specifically, while motivational tools for junior level employees, mainly include financial incentives, emphasise is given to the perspectives of personal and professional growth when motivating medium level managers.

However, it is important to note that financial incentives remain to be one of the most effective motivational tools for employees at all levels and this fact is fully acknowledged by Virgin Atlantic management. Martins (2010) confirms this viewpoint by informing that the compensation won by Virgin Atlantic from British Airways for libel suit has been shared with all employees of Virgin Atlantic.

Hygiene factors, on the other hand, such as working conditions, remuneration, company policies etc. do not necessarily motivate employees; however, if they are inadequate, they prove to be sources of dissatisfaction and de-motivation for employees.

An analysis of implementation of this theory in practice by Virgin Atlantic indicates that both, hygiene, as well as, motivational factors are effectively addressed by airline management in order to increase the levels of employee satisfaction and motivation.

For instance, Virgin Atlantic has contracted with Capital Capture consultancy firm to reduce data processing time by eighty per cent, and as a result Virgin Atlantic has achieved the capacity of offering personal training and development to employees based on their performance levels (Resource Centre, 2010, online).

Additional employee motivation tools exercised by Virgin Atlantic include offering various charitable perks. For example, 60 members of the company employees have climbed Mount Kenya in order to raise £35,000 for a village in Kenya (Peterson, 2010).

Moreover, communication and employee involvement is another powerful motivational tools exercised in Virgin Atlantics. Namely, Richard Branson, founder of the brand is engaged in “writing his staff what he describes as ‘chatty’ letters and emails to let them know what is going on, and encouraging them to write back with comments and ideas” (Grout and Fisher, 2011, p.45).

Leadership is defined as “a collective and collaborative process focused on relationships and networks” (Kezar et al, 2011, p.63) and it has crucial impact upon the achievement of organisational aims and objectives. Traditionally, leadership has been divided into autocratic, democratic and laisser-faire categories as it has been argued by leadership theorist Kurt Lewin.

There is no ‘right’ or ‘wrong’ leadership style and the impact of exercising any leadership style depends on a range of factors including the nature of the business, personality of employee, team dynamics within the organisation, external market environment etc.

Leadership style at Virgin Atlantic stems from the organisational culture of the company that has been set by its founder Sir Richard Branson, who successfully exercises charismatic and transformational leadership styles. It has been specified that “his leadership style is often described as ‘transformational’, because of his informal style and lack of emphasis on hierarchy within his companies,  and ‘charismatic’ because Branson and Virgin are so inextricably linked” (Grout and Fisher, 2011, p.46).

Moreover, Sir Richard Branson positions his adventurer personality as the brand image for all companies belonging to Virgin Group, including Virgin Atlantic. Therefore, due to the tremendous influence of Richard Branson as well as his encouragement transformational leadership style exercised in various management levels within Virgin Atlantic.

Culture can be explained as “shared, socially learned knowledge and patterns of behaviour” (Peoples and Bailey, 2011, p.24). Accordingly, organisational culture relates to shared values and patterns of behaviour that is associated with a specific organisation. Arguably, the most significant and popular theoretical framework on the topic of culture relates to Geert Hofstede’s cultural dimensions.

For instance, Virgin Atlantic has low power distance cultural dimension with founder Richard Branson encouraging feedback from employees at all levels (Azar and Brock, 2010). In terms of uncertainty avoidance cultural dimension, on the other hand, Virgin Atlantic organisational culture can be described as high in uncertainty avoidance due to the company’s attempts of adopting an innovative approach in dealing various tendencies in airline industry.

According to Johnson and Scholes’s cultural web theoretical framework, paradigm is specified as an integral component of the cultural web. Within this setting paradigm can be explained as the primary purpose for the existence of the organisation. It can be specified that “in the case of Virgin Atlantic, in July 2009 this was ‘to grow a profitable airline where people love to fly and where people love to work’” (Cadle et al, 2010, p.233). However, generally, organisational culture within Virgin Atlantic can be described as fun and non-conformist as it has been set and widely promoted by its founder Richard Branson.

It is important to note that the concepts discussed in the essay are increasingly interrelated, they contribute to the formation of each-other, and change in one aspect of organisational behaviour is going to have inevitable implications on remaining aspects as well.

For instance, a change in a leadership style within Virgin Group is going to have significant impact on overall organisational culture, as well as the level of employee motivations. Therefore, strategic level management of companies have to perceive various components of organisational behaviour such as employee motivation, leadership style and organisational culture as a ‘different organs of a life organism’, and they have to be mindful of this fact when aiming to introduce changes on any individual element. 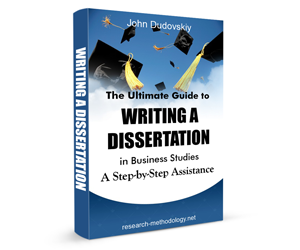